Last weekend it was time for the annual show in Isernhagen, just north of Hannover. I went there with my trainers, as they had a foal to be shown, registered and branded. Here she is: 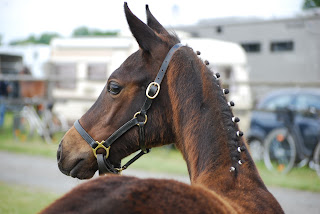 But before we could go to Isernhagen, we had to pick up her and her mum, who are stabled at the same place as Donna. So I went to look for her, found her herd (who came running!) but it took some time before I found her, as she was hiding in another part of the big field. There was not enough time to go to her, so all I have is a picture from afar. 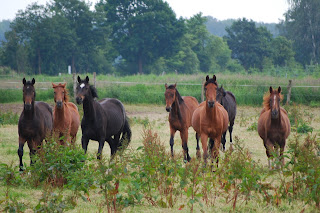 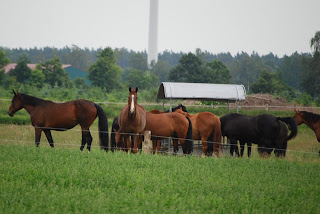 I think she looks happy! 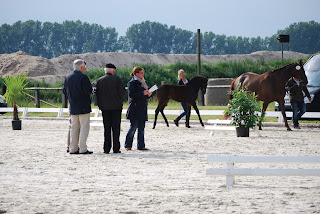 In Isernhagen the first foals were already being showed to the judges. The best foals are usually also accepted to the big foal actions of the breeding associations.

Our little foal without a name (yet) was surprisingly calm and manageable, we had all feared far worse as she hadn't really been trained that much to wear a head collar or being led, and certainly was not used to crowds or a show atmosphere. She spent her time grazing when she could or trying to play with her mother, who on the other hand was far more affected be the whole thing! But the real test was still to come... 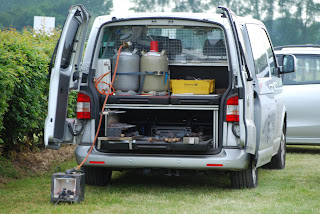 Warming up the branding irons...

The Oldenburg breeding association was present to register all Oldenburger foals. Which means microchipping and, at least this time, branding. I was pretty exited to finally witness a foal branding myself, as I had only heard about it until then. 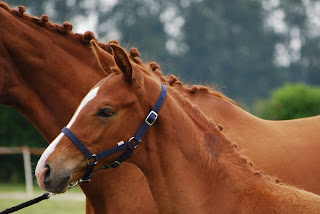 The microchip is obligatory. On the foal in the picture you can see where they shaved the fur off before implanting the tiny chip. The area is also sprayed beforehand, so that the skin is numbed. Most foals were pretty stressed, mostly I think because it takes some time (shaving, spraying, implanting) and there's a lot to react to (sound of the clippers, spray etc). The branding does take less time. 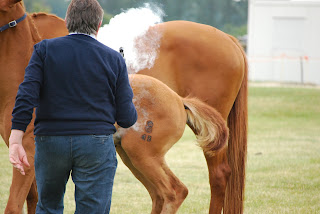 Of course the foals are stressed by this, but it happens so quick that they hardly have a chance to react. I've written about branding before, and what I saw didn't really change my mind. I do understand the breeders who say that the foals are less stressed by the branding - at the moment that it's being done. But I still think this is more because they are surprised, not because it hurts less. Some people talk about the horrendous damages that the microchips can cause. Maybe I've just been lucky, but I've never seen a horse or foal (including my own) with damage from microchipping. Or as one breeder said: "Well you never know, the chips can wander in the horses body, and then they end up in a joint and they are lame!" Eh, that's another type of chip. Anyway, the new animal welfare law is being processed this year, so we'll have to way and see how it turns out. 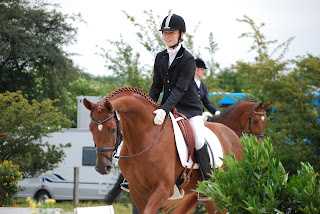 Another big event, was the second ever show for "our" stallion. I've mentioned him before - he's Fonti's half-brother, out of the same Rubinstein-mare but is by Florestan I instead of Fürst Piccolo (who is by Fidermark, also a Florestan I-son). 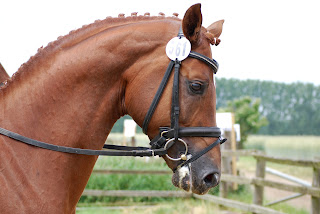 Fernet as he's called was licensed for Oldenburg and Westfalen earlier this year. At his first show a couple of weeks ago, he placed second after having to go into the ring without a proper warm-up. 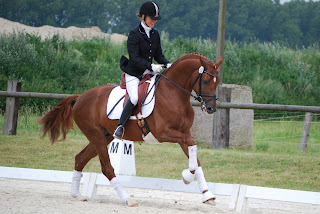 This time, things were even better!

And so he won the class with a 8,7 score with 8,5 in all gaits and twice got a 9.0 for harmony and rideability and "educational status"!! 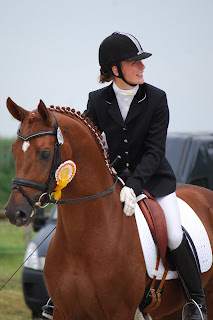 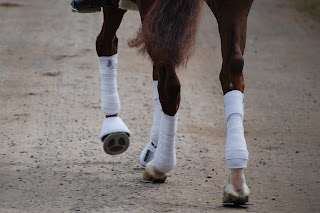 In the more advanced classes, the level was also high. Some prominent riders had found their way to Isernhagen, like Isabell Werth, 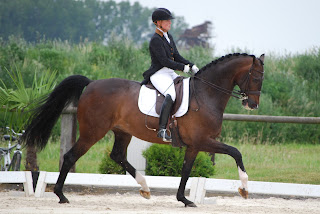 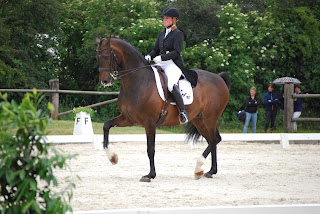 and Kathrin Meyer zu Strohen, here with the stallion Rassolini. 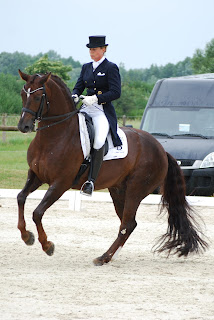 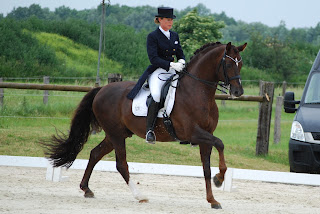 Before their round they warmed up outside of the warm-up arena, riding alone on the grass. I was overwhelmed by the harmony and lightness they radiated - not one misunderstanding, not once any unwillingness or resistance. And look at the row of photos below. No matter in what phase of the trot the horse is in, the rider is always (!) sitting with a near perfect position, at least to my eyes, and she always has a light contact with the bridle. I took many photos of this pair, and not one turned out badly. 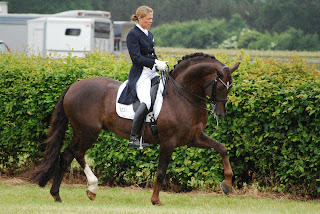 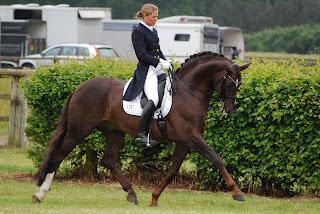 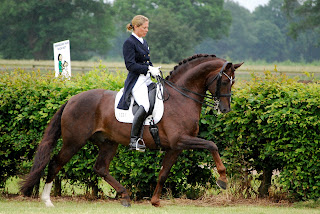 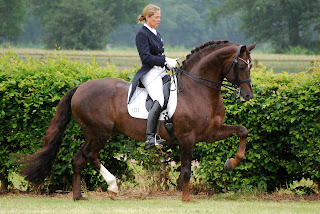 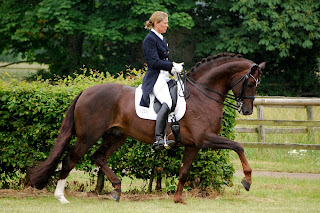 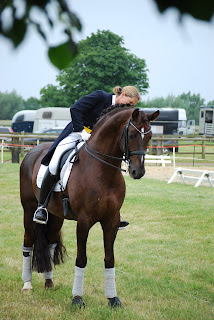