In 2005/2006 I worked for a Swedish dressage rider based on the outskirts of Stockholm. His best horse at the time was called Wilson, a huge black dressage gelding and one of the kindest horses I've ever met. 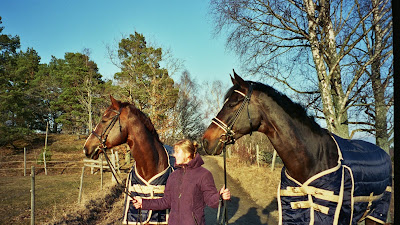 Charlie, me and Wilson out walking in Sweden. 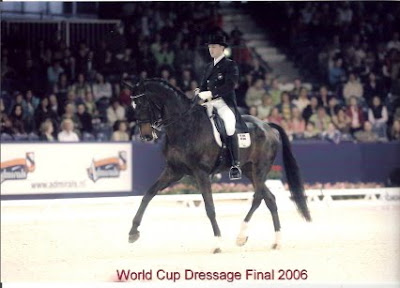 Photo from www.kristianvk.se
Today, Wilson is 20 years old. Last week I got sent a link to a program from Swedish television, featuring none other than Wilson, who is now enjoying his retirement together with an 86 (!) year old man who rides him twice a week. It's in Swedish, but a picture says a thousand words, right?
Lagt inn av Anne i Hannover kl. 20:39