Some more photos, this time from Nienhagen, where I went with my trainers some time ago. 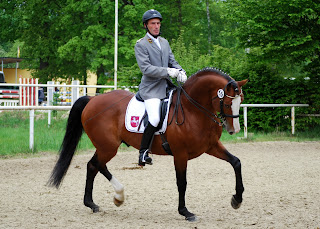 The horse that attracted the most attention was the Hanovarian Lissaro van de Helle, a stallion after Lissabon - Matcho AA. This horse won the German Bundeschampionat three times (!) in succession and was the vice-world champion of the 5-year-olds in Verden in 2010. After having spent 2011 in Edward Gal's stable, he is now standing stud in Celle. 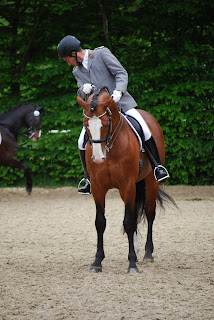 Wolfhard Witte checking if all four feet are parallel. 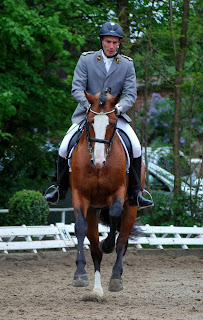 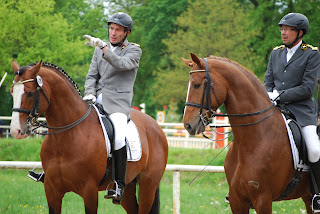 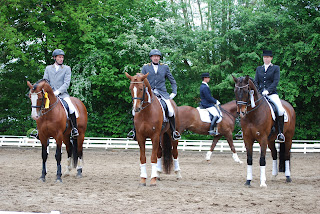 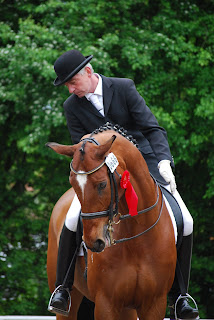 ...and in fifth place trainer J and Wernher. Before I bought Donna, I also tried out Wernher, but decided against him. Which looks like a bad decision now, all things considering... then again, Donna is still my favorite! 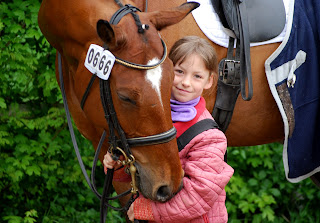